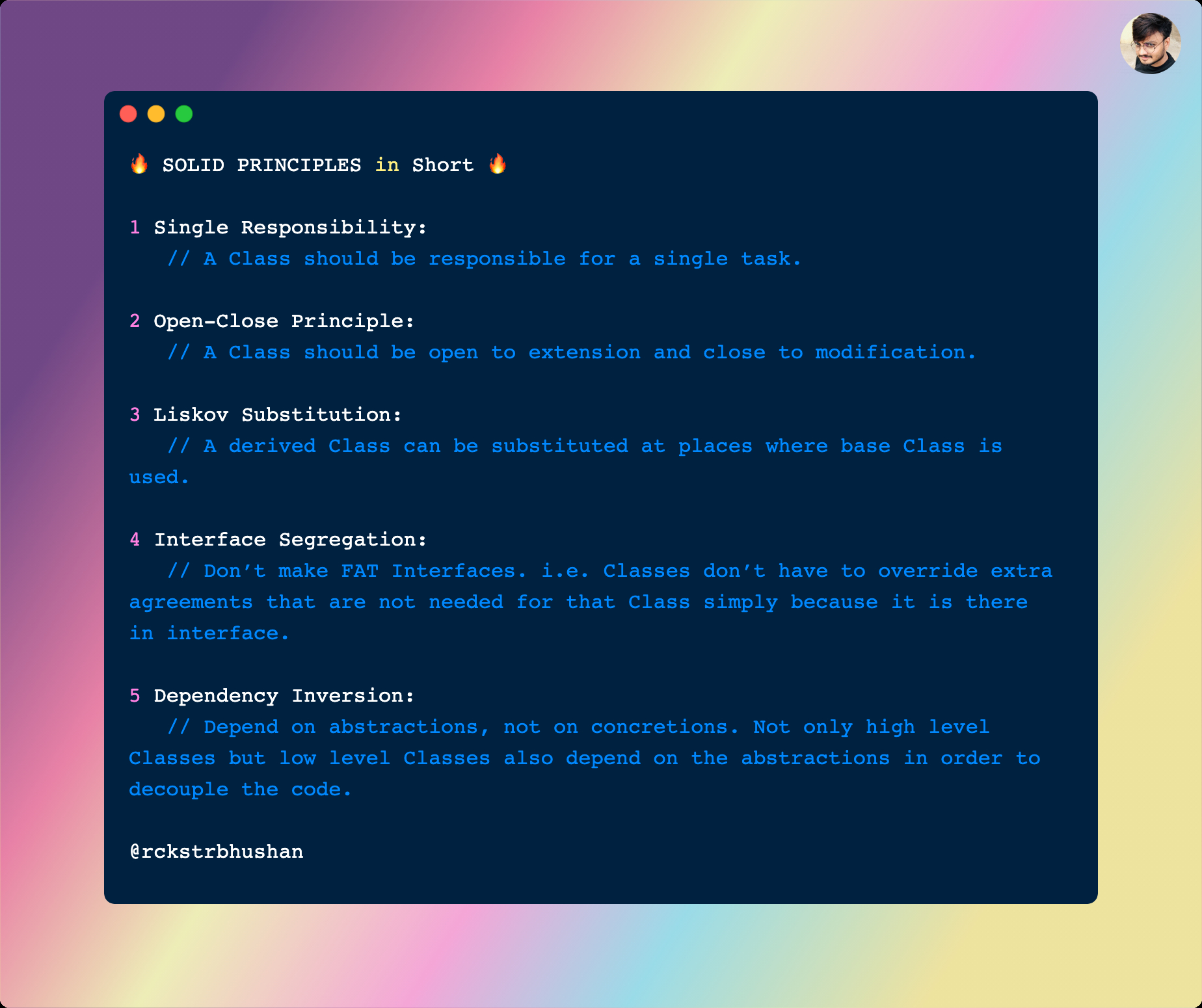 First of all, It is an acronym.

So let’s dig in to the SOLID principles at a glance.

A Class should be responsible for a single task.

A Class should be open to extension and close to modification.

A derived Class can be substituted at places where base Class is used.

Don’t make FAT Interfaces. i.e. Classes don’t have to override extra agreements that are not needed for that Class simply because it is there in interface.